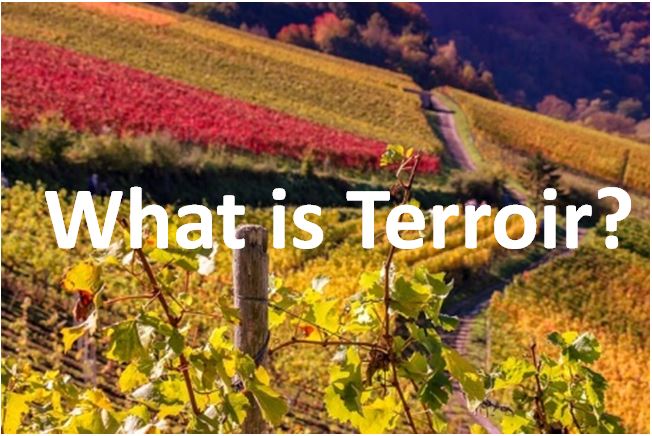 Terroir (pronounced “tehr-waar”) is the characteristic taste and flavor imparted to a food by the environment in which it is produced (modified from Oxford English Dictionary).

Examples include but are not limited to: